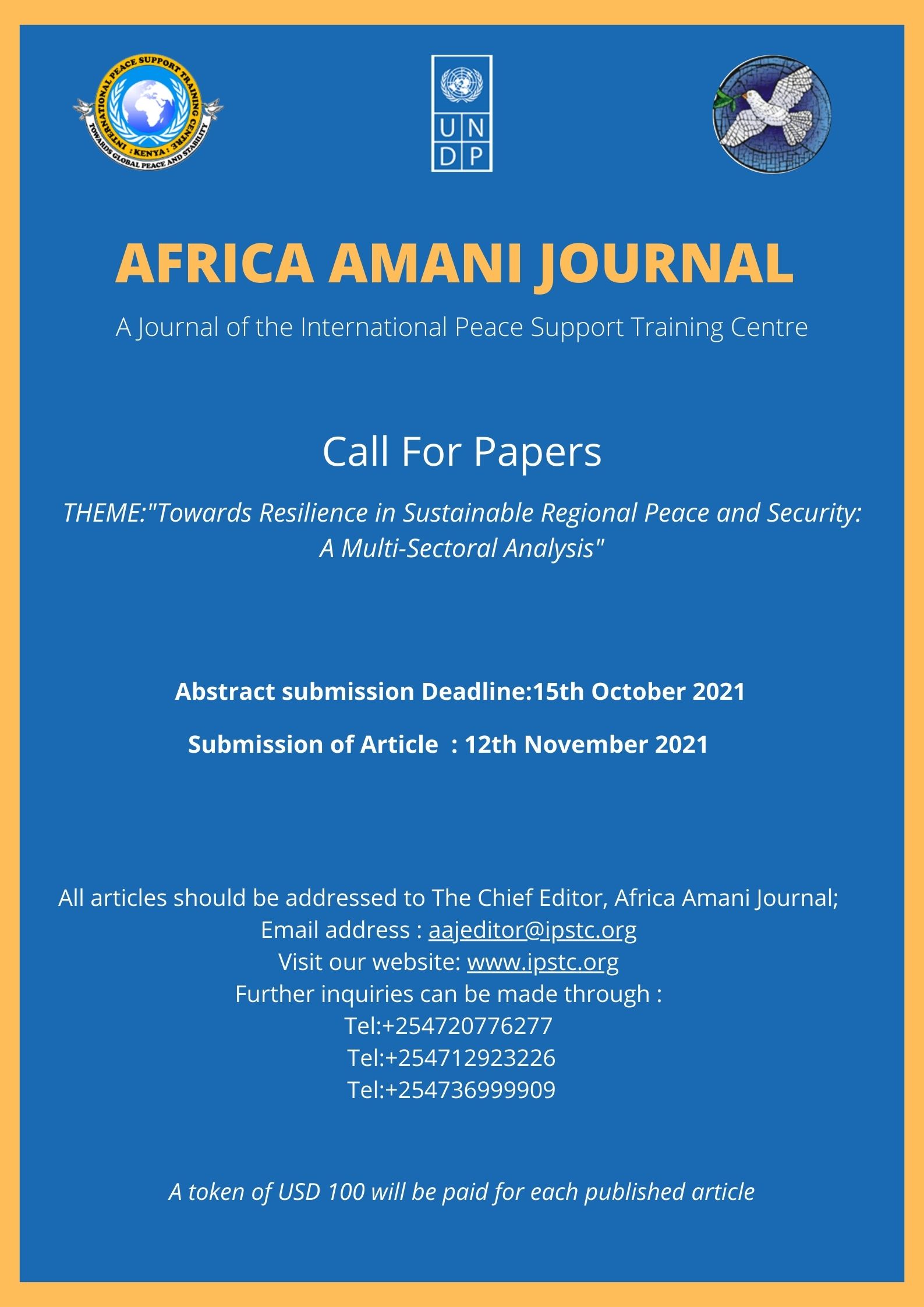 Are you passionate about writing? Do you wish to increase scholarly knowledge on contemporary peace and security issues?

Here's a chance to feature in IPSTC Africa Amani Journal. 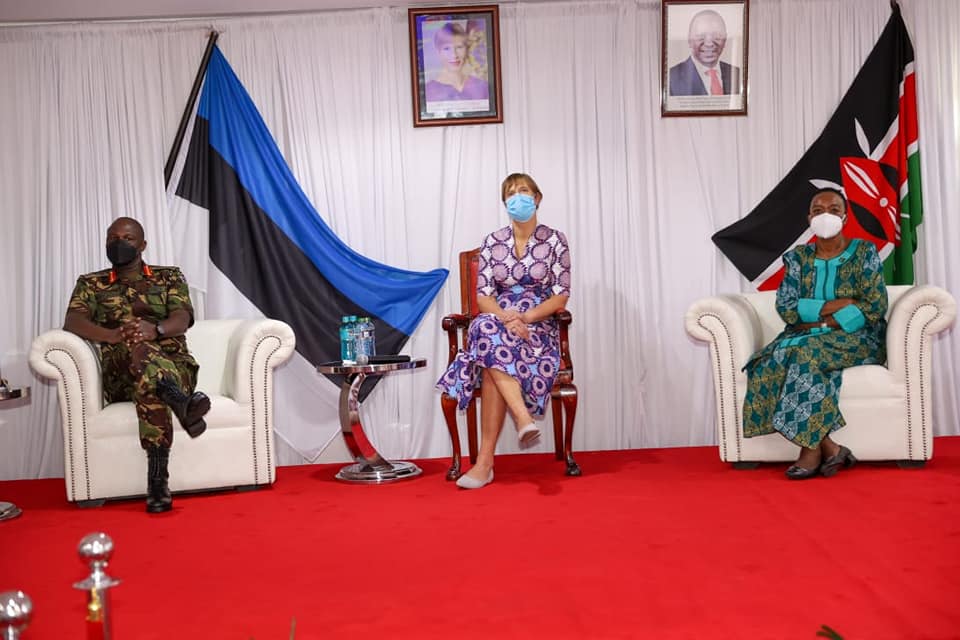 On Saturday, 11 September 2021, the International Peace Support Training Centre (IPSTC) hosted H.E Kersti Kaljulaid, President of the Republic of Estonia in her capacity as the United Nations Global Advocate for Every Woman Every Child. H.E Kersti Kaljulaid was received by IPSTC Director, Brigadier Joyce Sitienei alongside the Cabinet Secretary of Defence Dr. Amb. Monica Juma and the Chief of Defence Forces General Robert Kibochi.

During her speech delivery, Director IPSTC exemplified the key role that the Centre continues to play in enhancing regional peace and security through training, research and education. Over the years, the Centre, through its Gender policy has integrated gender mainstreaming with an annual average of 33% of its military, police and civilian participants being females. The Centre also takes pride in offering United Nations accredited courses like Child Protection and other courses with a gender dimension such as Protection of Civilians and Conflict Related Sexual Violence (CRSV) courses. These efforts continue to equip peacekeepers with the necessary skills in the protection of vulnerable groups in conflict environments especially women and children.

In her appointment as the United Nations Global Advocate for Every Woman Every Child, H.E. Kersti Kaljulaid highlighted Estonia’s active role in peace support operations as a NATO member state in Mali and Central Africa Republic. As a champion for multilateralism and addressing inequality through leveraging technology as an ‘equalizer of opportunity’ to reach those left furthest behind, she emphasized on the need for collective action in ensuring suffering on women and children in conflict environments is alleviated. H.E. Kersti Kaljulaid reaffirmed the United Nations efforts in addressing major challenges faced by women, children and adolescents through Every Woman Every Child global movement. "When women and children are lost, generations are lost. That is why their security is of importance," she said.

Most importantly, H.E. Kersti Kaljulaid cautioned on the changing nature of convectional conflicts to cyber warfare. She posited that there is need to address emerging cyber security warfare and its equally devastating effects it has on societies and the international community. She remarked that the Government of Estonia through its Non-Permanent Membership seat in the United Nations Security Council will continually call upon collective efforts in ensuring that the world becomes adept to cyber security threats.

General Robert Kibochi lauded H.E. Kersti Kaljulaid’s efforts in realising United Nations Millennium Development Goals through the fulfilment of Every Woman Every Child movement mandate. He pointed out on the need for global efforts to address environmental challenges both as triggers and products of conflicts. ‘The Kenya Defence Forces through its Environmental Soldier Programme continues to put environmental issues at the heart of its peace support operations. 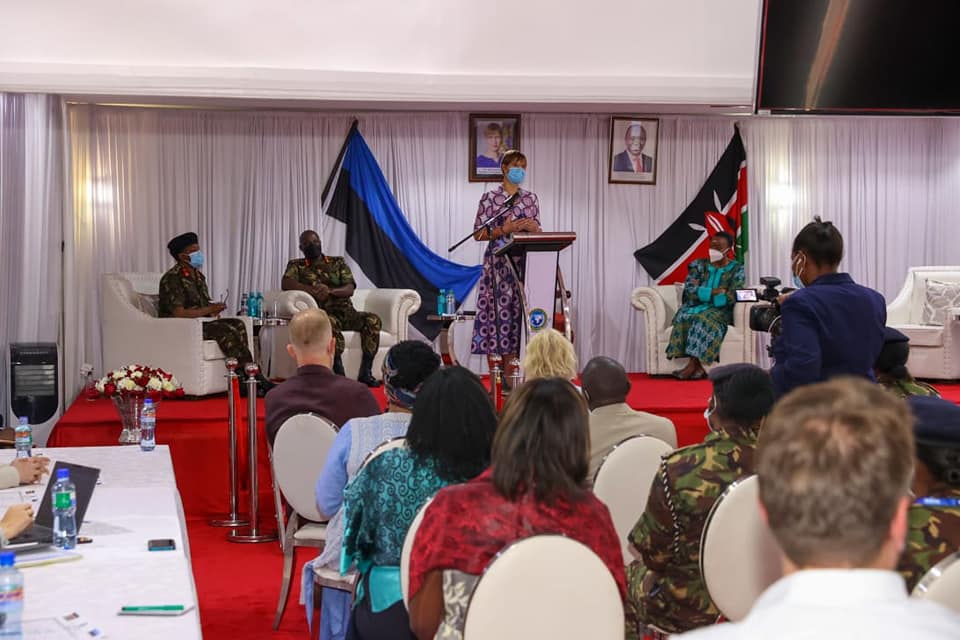 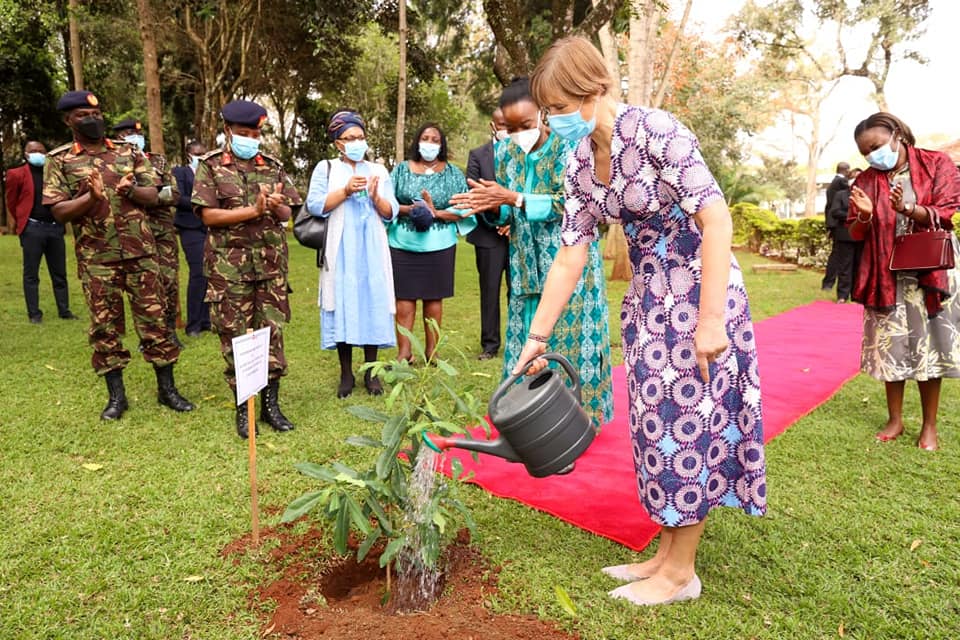 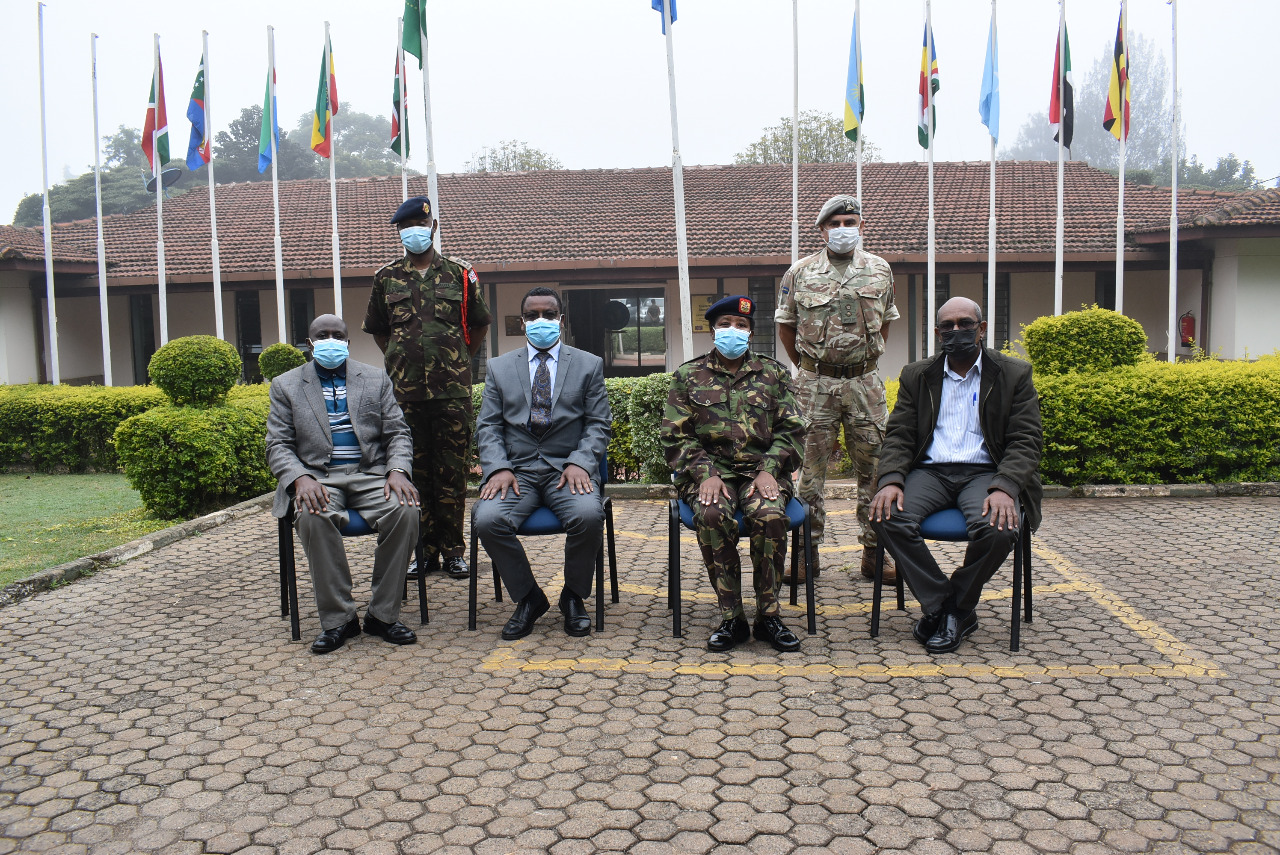 The Director EASF congratulated the incoming Director  and appreciated the cordial relations between EASF and IPSTC. He underscored the critical role of IPSTC as a centre of excellence in PSO capacity building in the region.

The Director IPSTC noted that IPSTC besides being a recognized CIED training centre of excellence also offers many other important courses and therefore encouraged continued EASF participation.  Brigadier Sitienei affirmed her commitment to enhanced cooperation and provision of premier training for EASF while accepting the new challenges brought about by COVID.

The Director EASF thanked the Director IPSTC for visiting and looked forward to both organisations continuing to work closely together. 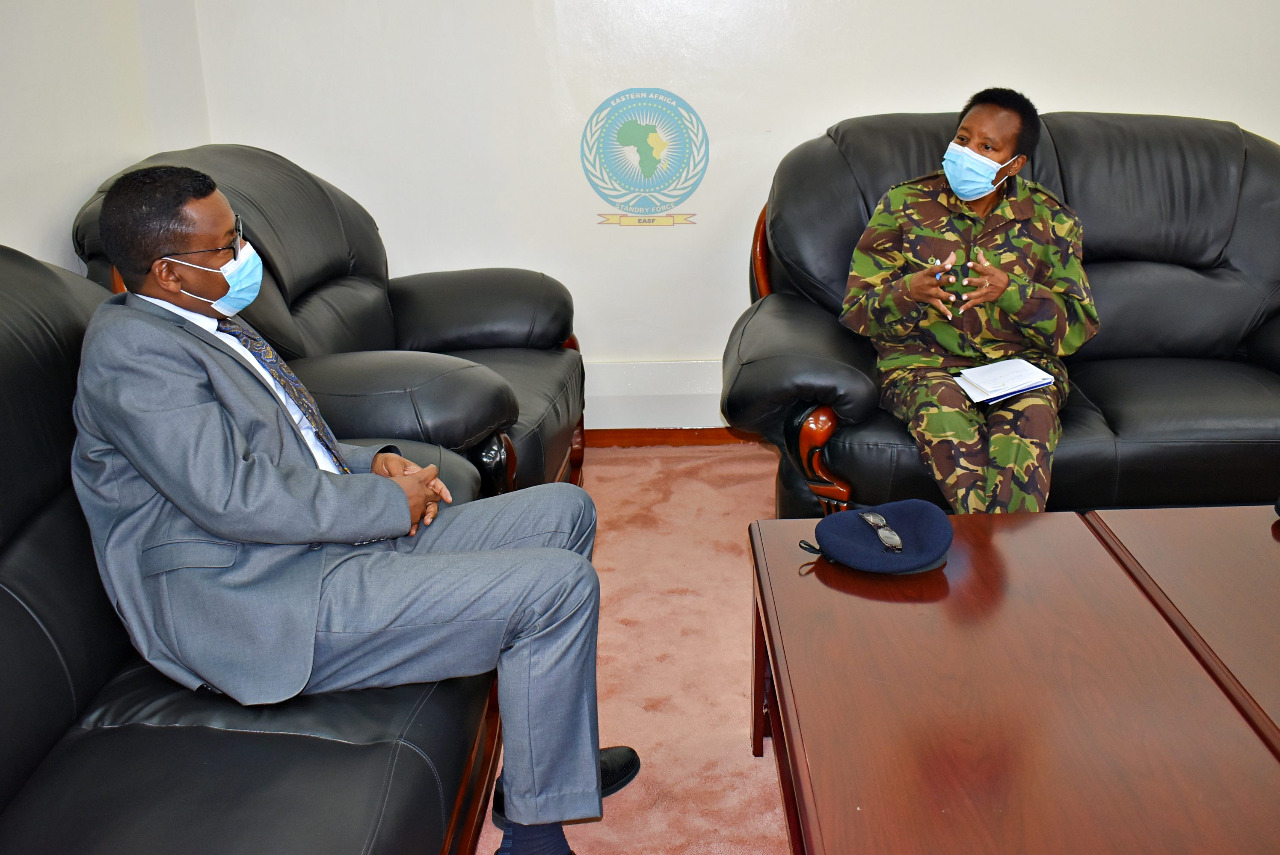