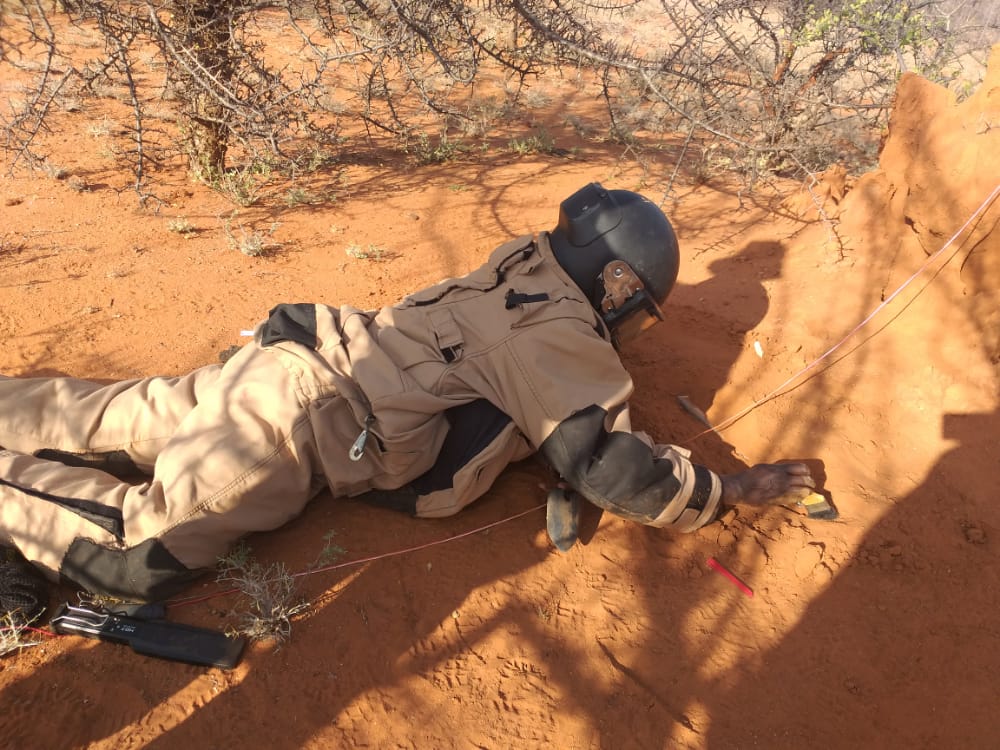 The UN Intermediate Improvised Explosive Device Disposal is an accredited course by UN ITs led by UNMAS Mobile Training Team.

The course had a total of 14 participants - 5 from Uganda People’s Defence Forces and 9 from the Kenya Defence Forces who successfully met course objectives and qualified as UN Intermediate IEDD Operators.

The qualified participants are mission ready and will be deployed to various IED-prone operations theatres. 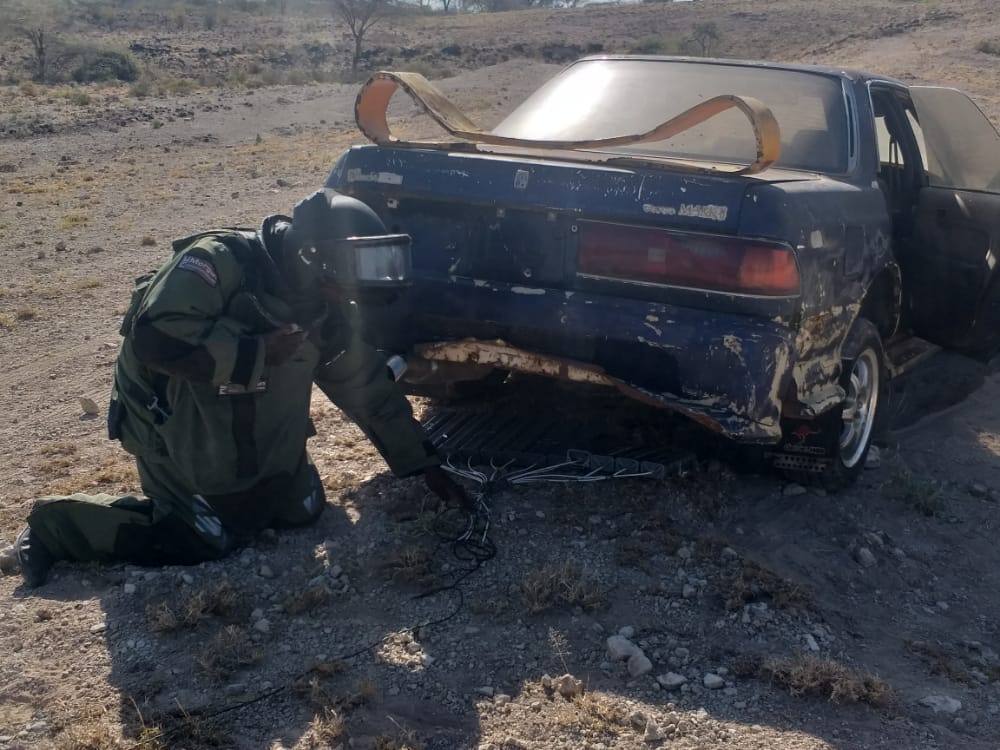 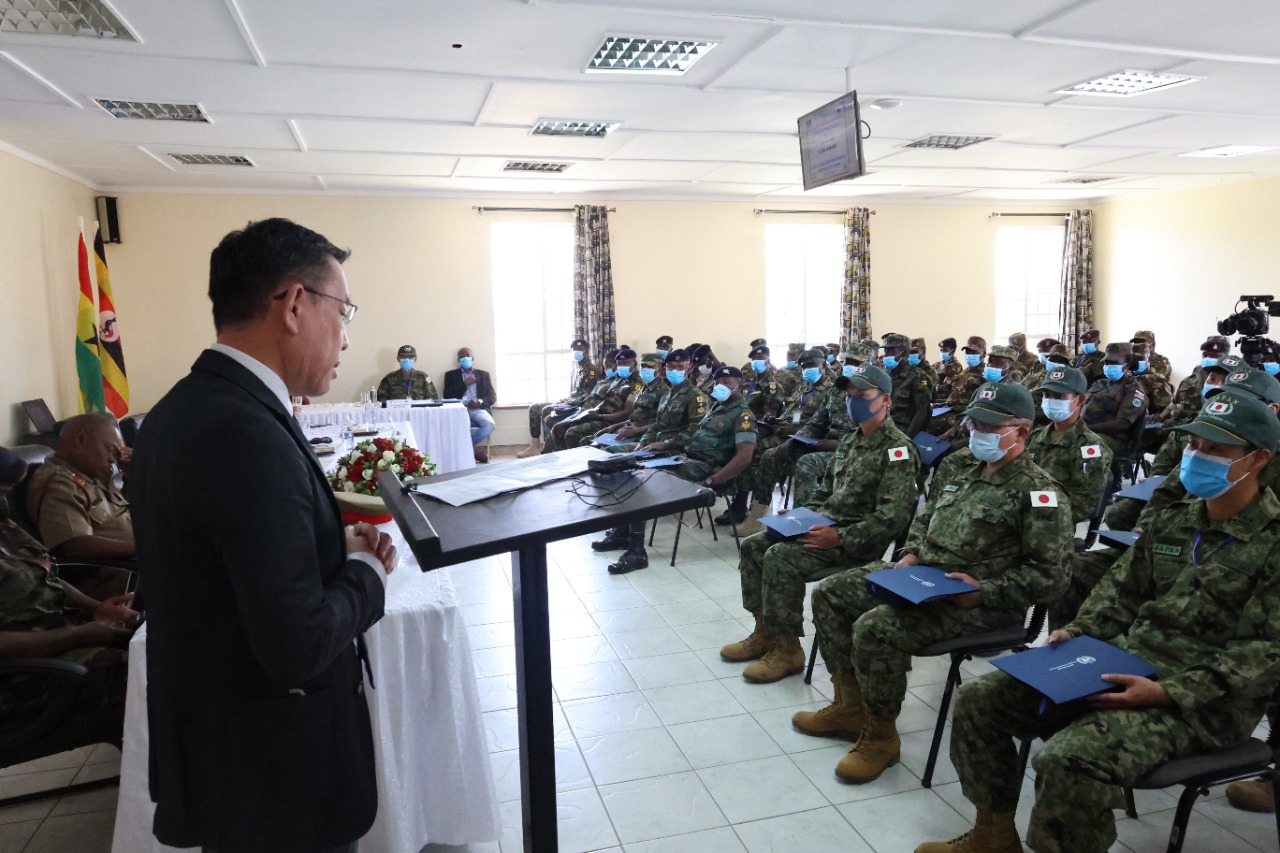 The Triangular Partnership Project was one of the outcomes of the September 2014 summit on UN peacekeeping where Japanese Prime Minister Shinzo Abe committed to support the Rapid Deployment of Engineering Capabilities to Peacekeeping missions in Africa. In 2016, the flagship program had its first trainees drawn from the Kenya Defence Forces. 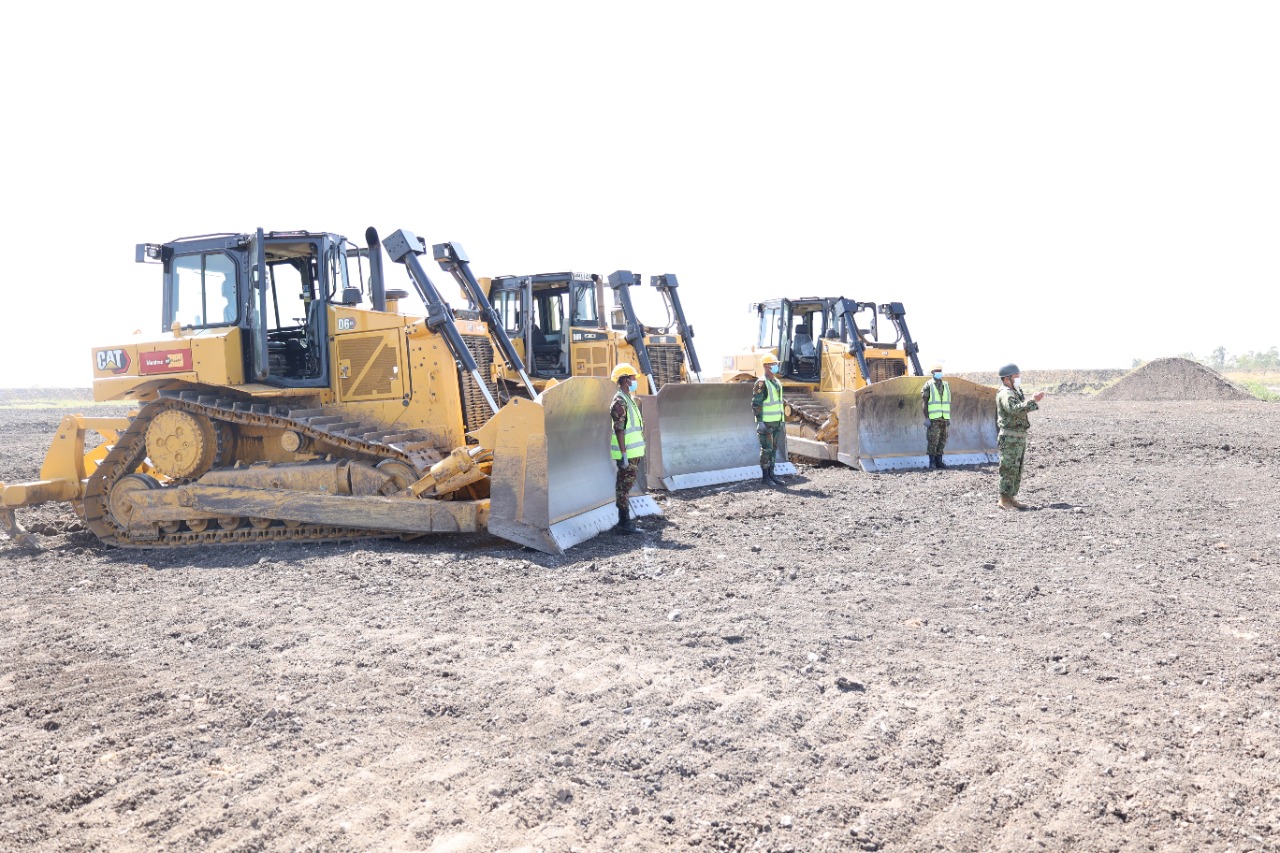 Trainees and their instructor during a demonstration

The project saw a series of events starting with an inspection by the head of the Japanese delegation and UNDP resident representative on Friday, 11 March.

To mark the end of the project, the closing ceremony was graced by the Charge d’affaires embassy of Japan to Kenya Mr. Kitagawa Yasuhisa, Brigadier Saidi, Brigadier J C Sitienei, and Commander Takao Katsumata.

During the closing ceremony, Brigadier Saidi Commander Engineers Brigade reiterated the importance of the course in building capacity for the Kenya Defence Forces. “The structural training that the soldiers undergo at HPSS makes them assets for their own brigades,” he stated. 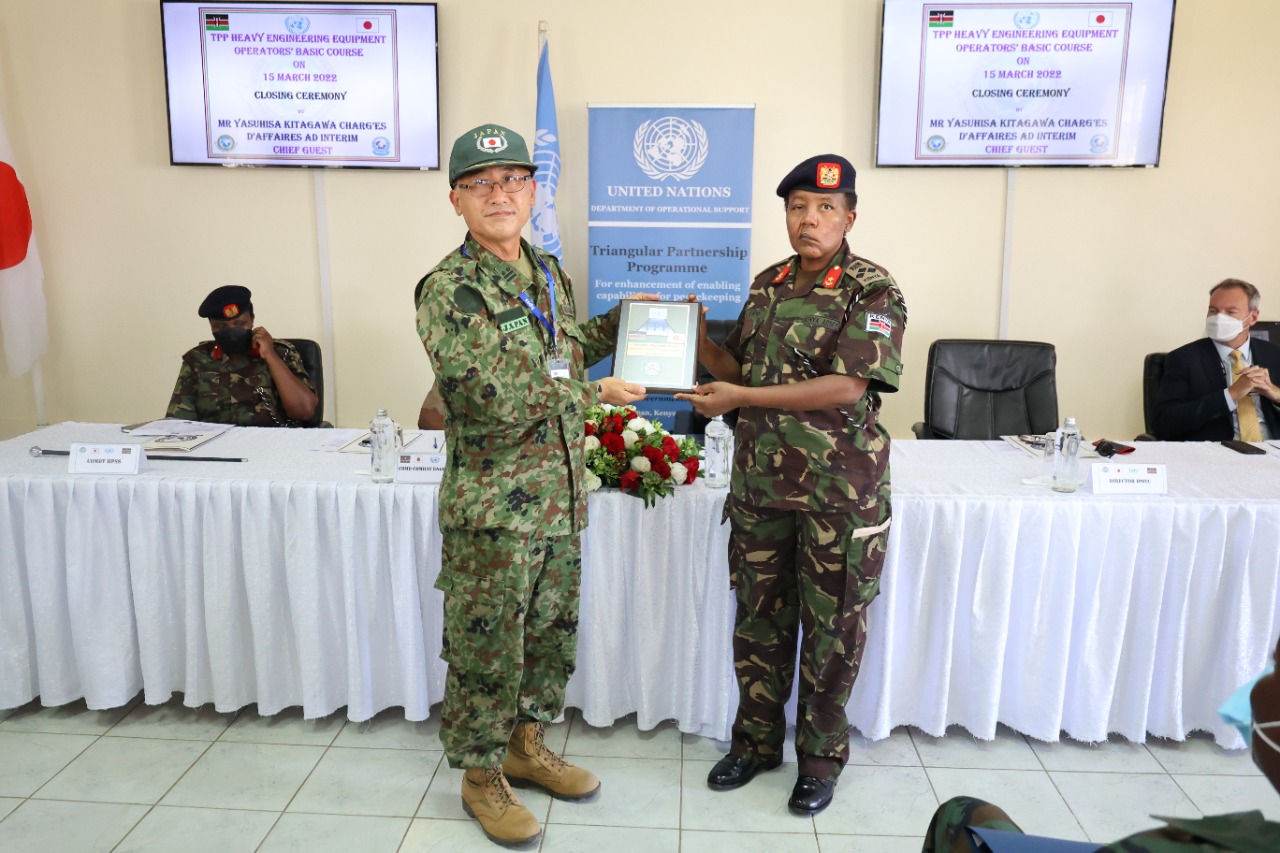 “The knowledge and skills acquired by the trainees will be very beneficial towards achieving world peace which is one of the end state of this project,” mentioned Brigadier J C Sitienei. 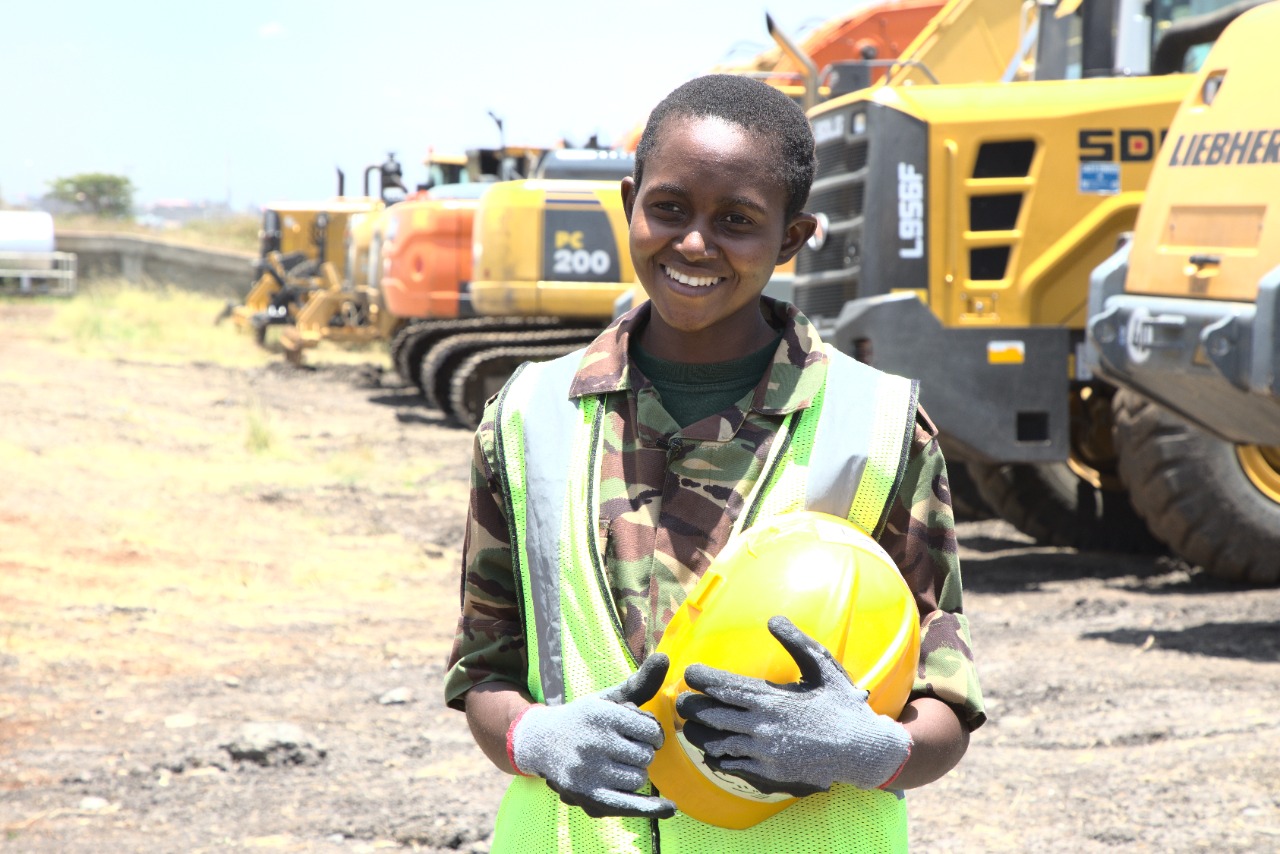 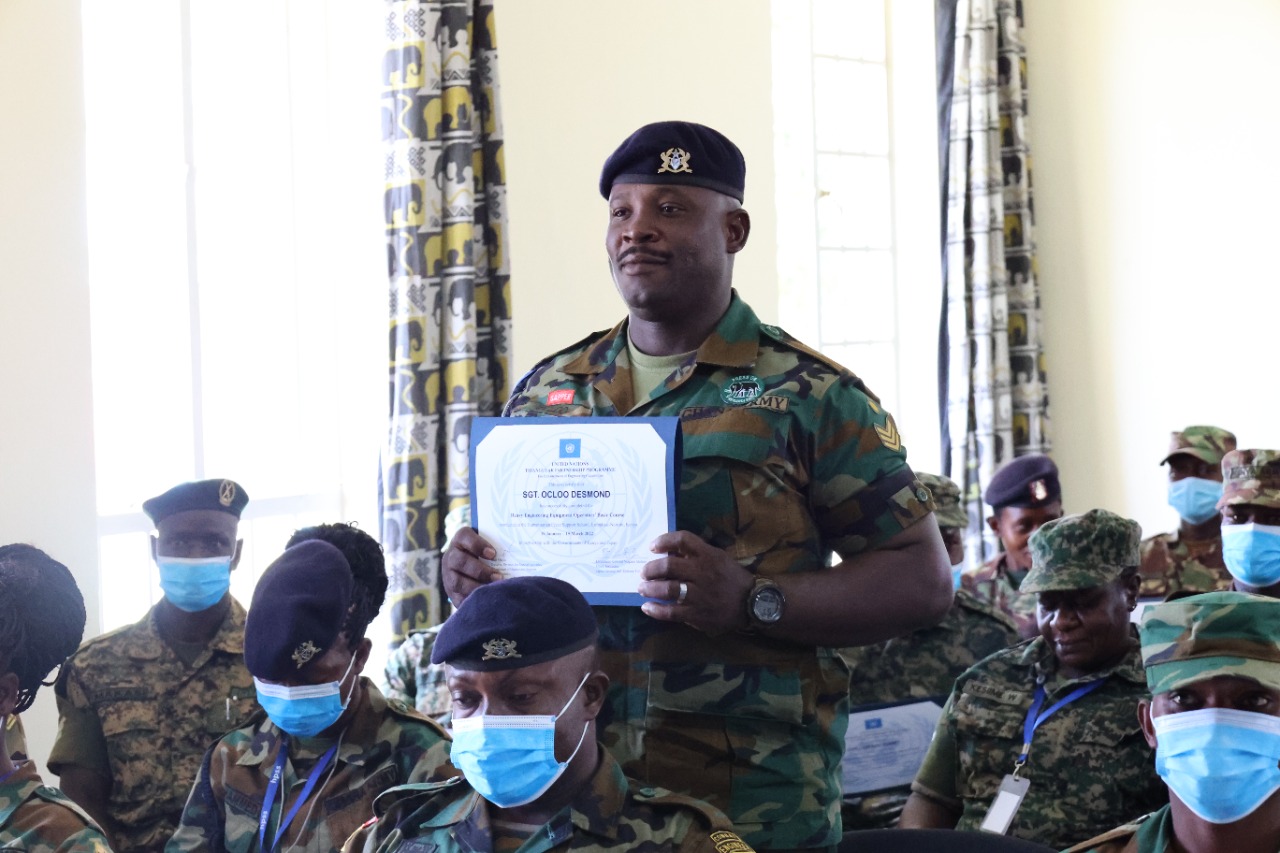 A trainee showing their certificate during the closing ceremony 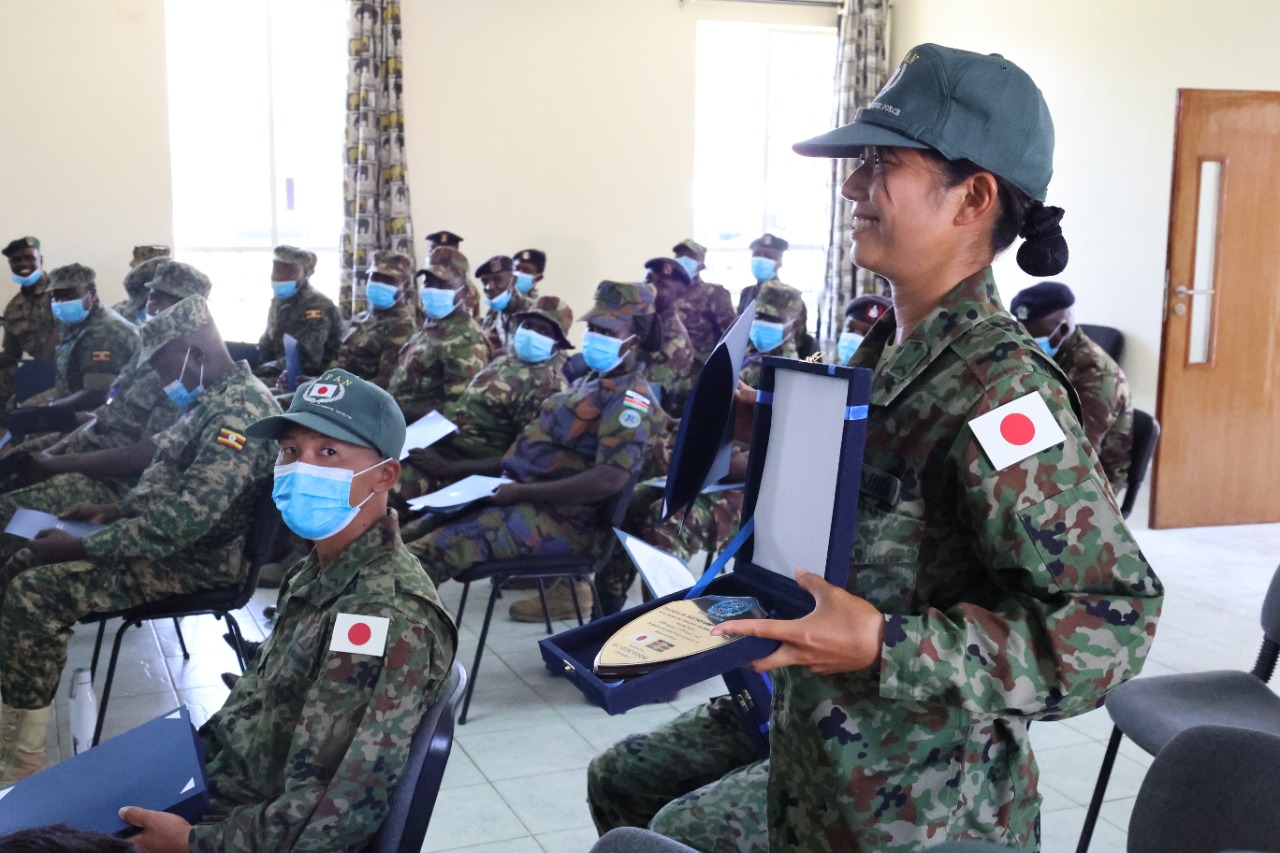 A Japanese instructor showing their award during the closing ceremony 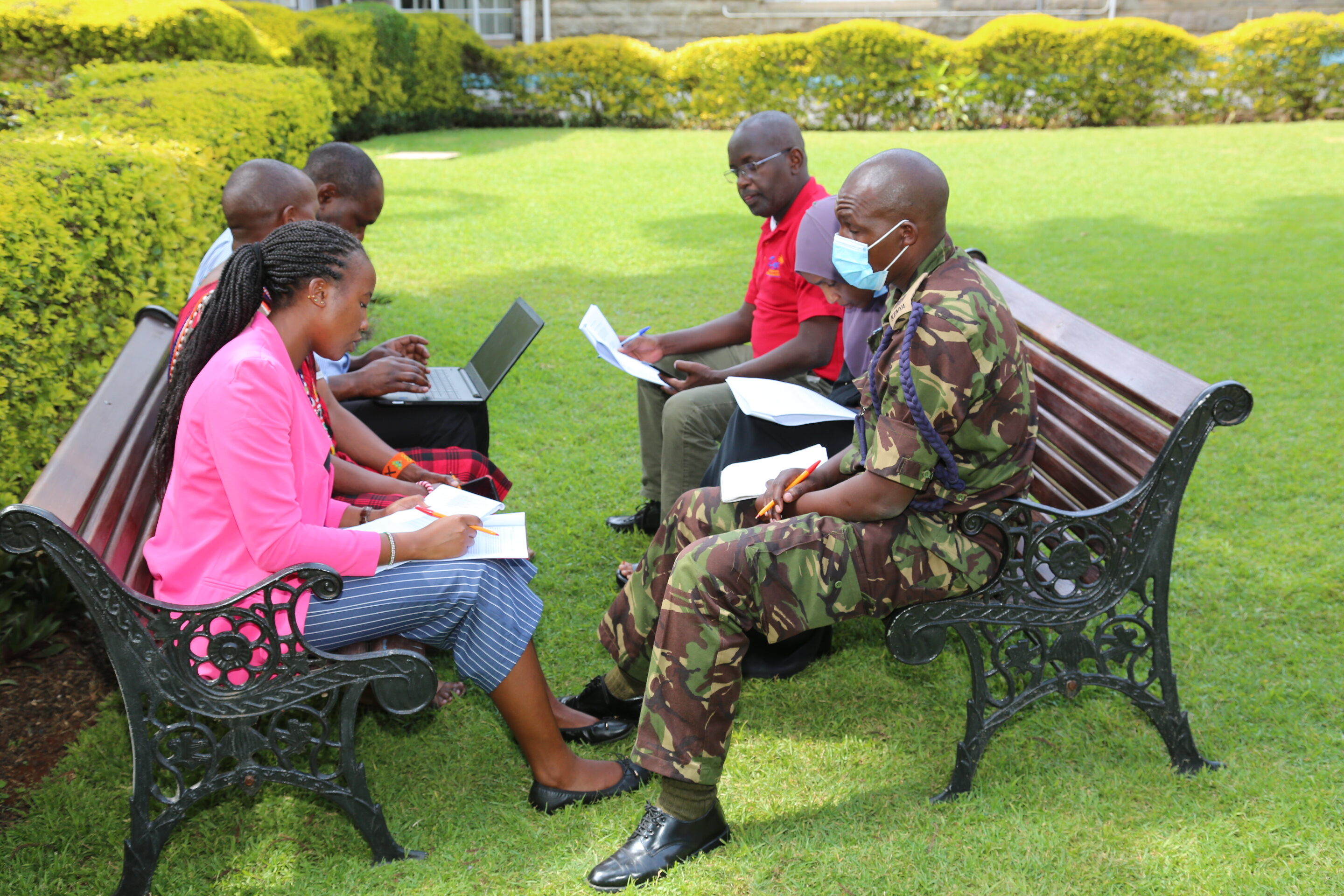 Disaster communication course participants during a group discussion at PCSS garden in Karen.

The aim of the course was to enhance capacity in Disaster Management through a basic understanding of the disaster communication and early warning process at the Community to National level, enhance the communication and interpersonal skills of local emergency managers, planners, and responders for effective public communication.

The course exposed the participants to different communication styles and skills, various communication systems and protocols used in a disaster, how to tailor disaster communication products and templates for diverse audiences, and implement Disaster Communication and Warning strategies for various disaster scenarios. "The disaster communication and Early Warning Course will impact the training I give through outreach programs to a number of people in my sub-county. My educational background is in social services, and I provide support and assistance to particular groups in my community.  By the end of this course, I will be able to distinguish various communication systems and protocols to employ during a disaster. In addition, I will gain knowledge on how to implement strategies for different disaster scenarios."