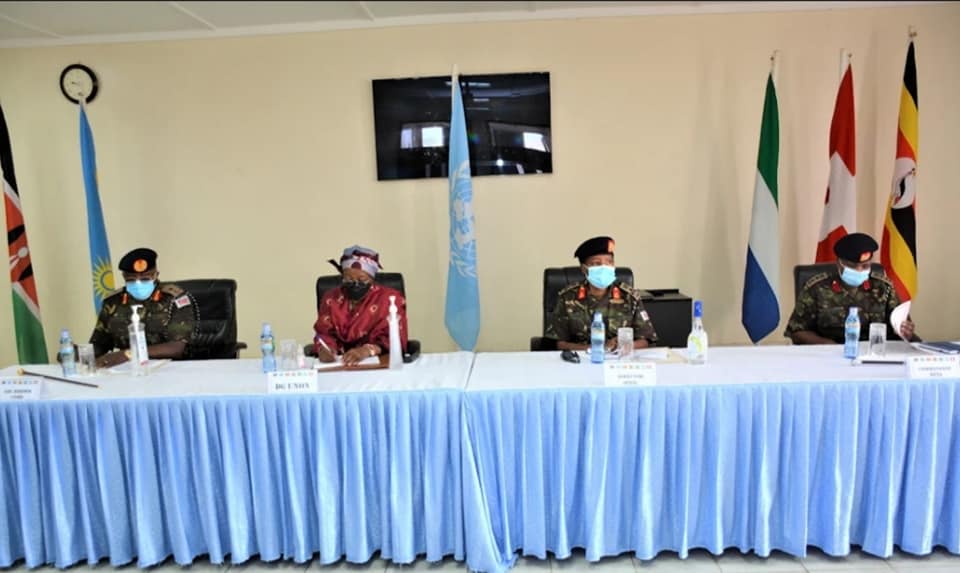 The official opening ceremony of the Triangular Partnership Project Heavy engineering Equipment Train the Trainer and Intermediate Courses were officially opened today at HPSS Embakasi. The Courses have a total of 34 participants drawn from Ghana, Kenya, Uganda and Sierra Leone .This is the 17th Course to be run at HPSS under the TPP since its inception in 2015. The Humanitarian Peace Support School (HPSS) has trained 80 per cent of all TPP participants. The ceremony was graced by Director IPSTC Brig Sitienei, The GOC Border Security Command Maj Gen Radina and the Guest of Honor was the Director General United Nations Office in Nairobi (UNON) H.E Zainab Hawa Bangura who officially opened the Course. 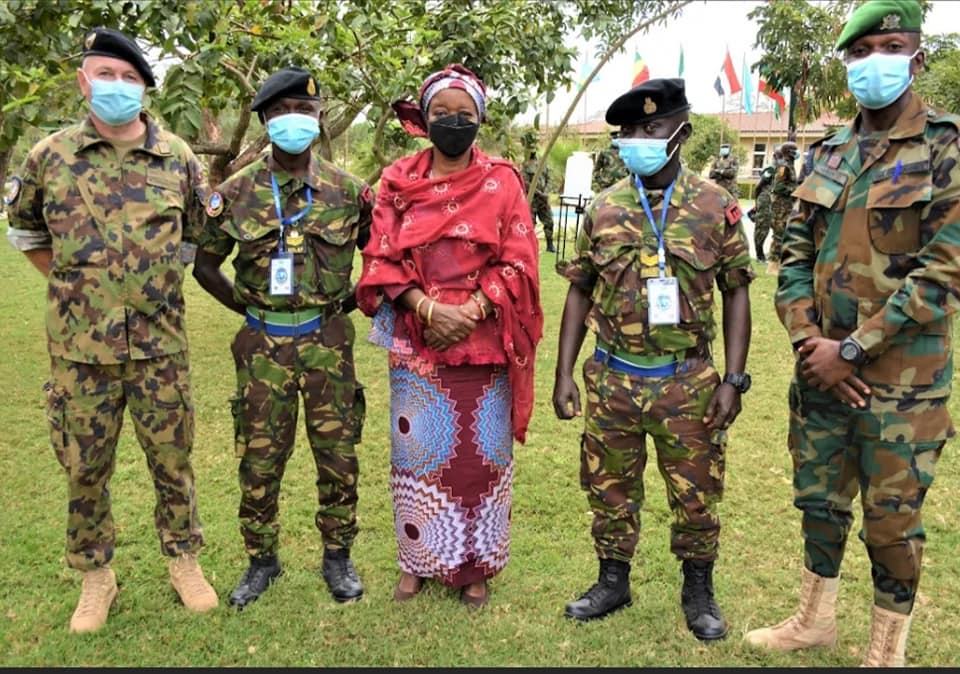 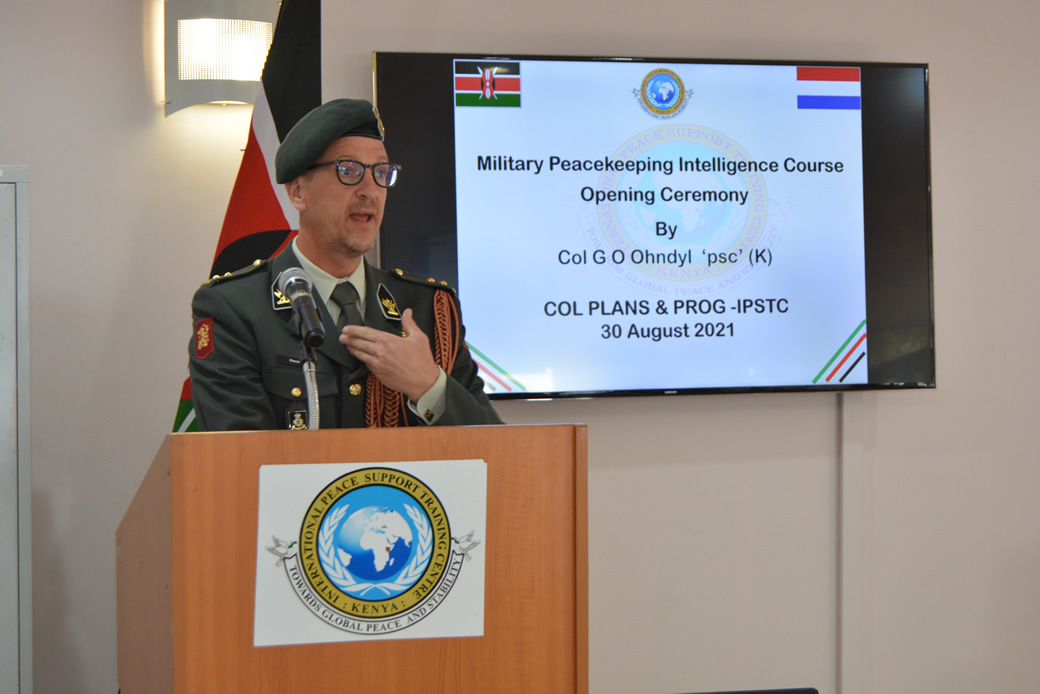 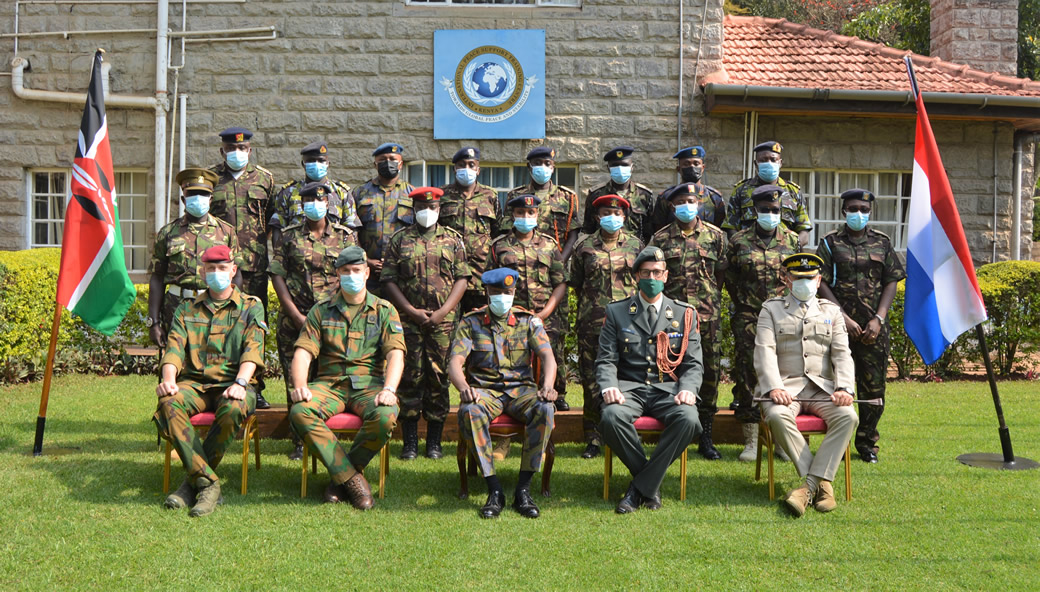 The Child Protection Training of Trainers course started on 16th Aug 21 at the Peace and Conflict Studies School (PCSS). The two-week course, sponsored by the government of Sweden through Save the Children International, is designed for KDF Officers who are preparing for deployment to different peace operations missions in the region. Conduct of this course marks almost two decades of an enduring mutual partnership between IPSTC and Save the Children International on matters of Child Protection capacity building for multidimensional Peace Operations personnel. A total of twenty (20) participants comprising of 4 female and 16 male officers are taking part.

The course was officially opened by the Director IPSTC, Brig Joyce C Sitienei MBS ‘ndc’ (K) flanked by the Col Plans and Programmes, Col G O Ohndyl. The course sponsor was represented by Ms Kijala Shako, the Head of Advocacy, Campaigns, Communication and Media at Save the Children East and Southern Africa. 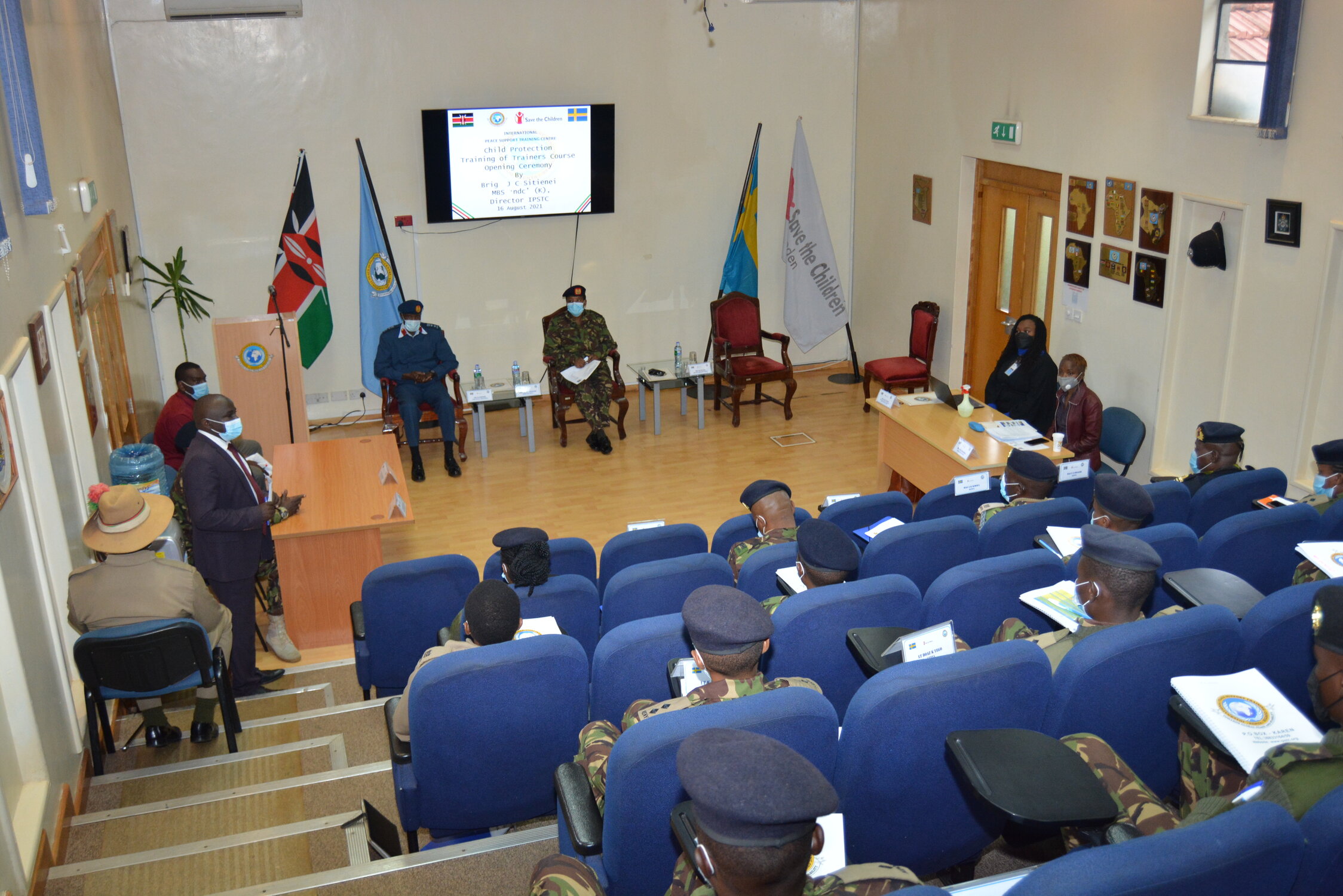